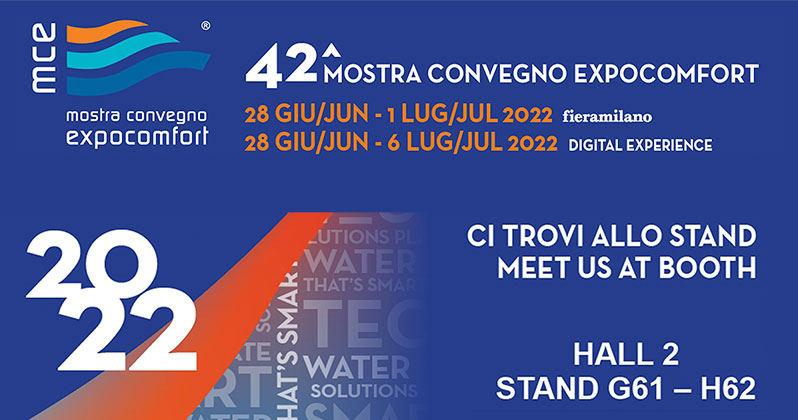 The constant evolution of the industrial age during the last century, has induced a process of progressive specialization in all the scopes. During the last years due to the irruption of the electronics and computers in the industry, this process has increased exponentially.

COELBO was born in this period (1988), with the business target of the appliance of these new technologies to the field of the electric pumps. From its beginning, with a constant technological evolution, we have developed devices for its automation, control and protection, becoming a worldwide industrial speciality pioneer, being one of their most significant leaders.

PressflowTech Electronic devices that replace the traditional mechanical pressure switches to control the startup and stop of pumps.

See more
SmartTech Wide range of units for control and/or protection of electric pumps whose common denominator is the application of new technologies to traditional systems.

See more
COELBO has been producing for more than 25 years a full range of universal electronic devices – drivers – for the control of electric pumps.

From basic devices based on press-control, flow-control or pressure-dependent with a single pump for single family dwelling, small communities or other specific applications, until the sophisticated INVERTERS multi-pump for boosting hydraulic installations in blocks of flats, hotels, residential centers, sports centers and so on.

The most advanced devices have integrated intelligent software allowing an easy and intuitive configuration through a multifunction LCD screen, once it is activated, it manages and protects the booster set, analyzing periodically the operating conditions and acting instantaneously if some failure could damage any of the electric pumps.

In order to perform accurately these functions, it has been integrated all the hydraulic, electrical and electronic elements necessary such as flow sensors, pressure gauges, transducers, indicators of frequency, pressure, intensity, led lights, pushbuttons, etc.

Download brochure
In this catalog is introduced, in a schematic way, our entire range of electronic controllers for electric pumps distributed in the families: PressflowTech (traditional controllers), HiTech (variable speed drives) and SmartTech (electronic pressure switches and other electronic units). It is the result of more than 35 years of development of this type of device, since the invention and patent, in 1988, of the first Controlpump.

Download brochure
As it says in its slogan, Switchmatic is much more than an electronic pressure switch. It has, among other characteristics, multiple adjustment functions, systems for the total protection of the electric pump and the ability to be synchronized with another identical device to control twin booster systems. In this catalog we present the entire family of this internationally patented device.

Download brochure
DPR (Digital Pressure Regulator) and EPR (Electronic Pressure Regulator) devices are an innovative electronic-mechanical solution. The previously set pressure, is supplied to the network remaining steady and constant regardless of the flow rate and the electric pump, as long as we work within its flow/pressure curve. This patented technology saves costs significantly when it´s compared with those of a variable speed drive and has a superior reliability/durability due to the lower incidence of electronics. In this catalog we present the different versions.
In the net
technical and corporate videos

Access all our technical and corporate videos
News
stay updated

Our marketing team has been working during the last months on the development of this new brand that has already been registered in Vietnam.

Our entire range of products will be marketed in Vietnam under this trade name which, we hope, will be widely accepted in a market with great growth potential.

We introduce, with great enthusiasm, a new family of internationally patented controllers, whose main characteristic is the mechanical regulation of the outlet pressure. EPR (Electronic Pressure Regulator) - DPR (Digital Pressure Regulator) range consists of a basic model, a digital model and variants for controlling two pumps systems in cascade mode with alternation (duty-assist) and pure alternation (duty -standby). You will find a demonstration video on our you tube channel: https://youtu.be/MXpvm-io4ps You will find enclosed the catalog, for more information do not hesitate to contact us.

We have developed a sylicone coated electronic circuit for applications in highly demanding environmental conditions of temperature and humidity. The sylicon coated circuit is compatible with the conventional circuit so that it can also be purchased as a spare part: - RECC389 OPTIMATIC CIRCUIT 230 V - RECC390 OPTIMATIC CIRCUIT 125 V
Older
RMA Form
Warranty policy
Quality policy
Cookies policy
Legal notice and privacy policy